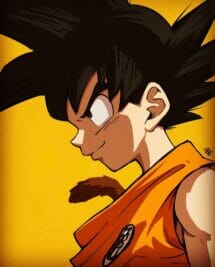 The craze for anime hairstyles is increasing regularly. That’s why we have decided to give the best anime comb over haircuts to try.

What are The Best Anime Comb Over Haircuts?

The protagonist from the legendary series Death Note has a very unique hairstyle. Light Yagami is defined by his personality and the brown pop-up hair on his forehead. The classic look of this comb-over can be achieved by anyone. Just try to keep your hair long enough.

Those who love Naruto and Naruto Shippuden must have watched these two hard workers. Probably our Guy sensei wasn’t able to defeat our coolest villain Madara but won our hearts. The comb-over hairstyle of both of them is just incredible and easy to copy.

Sorry, if Sanji would have heard that I called him Vinsmoke, he’d probably kick me. But when we are discussing Zoro’s haircut, Sanji is not bad at all. The blonde comb-over haircut on the forehead, covering one eye is making him more attractive.

You’ll be amazed to hear that our favorite male protagonist from Sword Art Online has gained the most appreciated because of his haircut. His haircut is indeed incredible when it comes to copy for a human being. Just keep the hair messy and use the brush to hang it on the forehead.

I know, I know, you are probably laughing out at me because I mentioned adult Naruto Uzumaki. Because no one could have expected such a drop-down in the hairstyle of Naruto, especially what we have witnessed in Shippuden. But the adult Naruto has the classy comb that overlooks what we can have. It’s not badass but good and easy to get.

The police officer from the Fullmetal Alchemist Brotherhood, Roy Mustang has won the respect of everybody by getting revenge on his friend from Envy. Their casual comb over haircut of Roy is making him more savage in that scene. If you love his character, I’ll suggest you have that style.

Eren Yeager from Attack on Titan is ruling the whole anime world right now. The top-quality animation with a great storyline is making everyone mad. But there’s something more interesting. That’s the cool hairstyle of the Eren Yeager. Back brushed slicked hair with a man bun is making him sexy in every scene.

When we talk about Eren Yeager, it must be mentioned how much his brother is worthy. Our Hajime sensei didn’t forget to add some extra spice to his look. Probably he has the best comb over haircut in the whole series. The blonde look with well-groomed hair will make any person an iconic character.

Late Captain Erwin Smith was a legend who not only was a great leader but still, now many shoulders of Scouts are following his ideology. He has a dignity of a captain and has the looks of a respectful person. The top comb over haircut with a mid fade on the sides is just great.

When the whole army was down, there was still hope because captain Levi Ackerman is still there. The whole series of Attack On Titan is standing upon the success of captain Levi. He has a well-grown haircut which can be combed over by anybody who has long hair.

Last but not least from the Attack on Titan, Jean is now has become a lot more attractive. The long hair has a backward move from the very front part. The rest of the hair on the side will be back brushed again behind the ears.

Gray Fullbuster has one of the cool hairstyles in the Fairy Tale series. His big spiky comb over haircut is classic. The hair length should be more than 4 inches. You can use the back brush. It will be more classic for teenagers.

Run Okumura is next on the list after kirito. He also gets incredible popularity when it comes to hair styling. The dark blue hair texture is falling on the forehead and makes him gorgeous.

The famous character from the Devil May Cry is Dante. His incredible power makes all of us stunned. The strong textured layers of their hair are making him more handsome. He often changes his hair colors. It can be accepted in a positive way to change your style too.

Kakashi Hatake is another dashing Character From Naruto and Naruto Shippuden. If you have watched this series, you know how much boys and girls are loving him. It’s because of his cool nature and style. Though he has white hair, you can try it on yourself too.

To try his haircut, you need to care about two things. First, you have to increase your hair length by more than 5 inches. Secondly, your hair should be very thick and dense. Only then you can have it. Brush your hair in any direction, either right or left. Use razors to wipe out the sides. This anime comb-over is high in demand as Kakashi got a huge fan base.

Alongside Naruto, there is one legendary series that is nailing its storyline day by day. That’s out One Piece. But we don’t have to go into details. The very first episode of One Piece will introduce you to a character, called Shanks, one of the four emperors of the sea.

He doesn’t have any incredible style but the raw nature of his comb-over red hair is making him dashing. You can try this haircut on your black or blonde hair too. Just apply the brush to your long hair to set it out properly. Several brushing with the comb will get your job done.

One Piece has some legendary Haircuts in it. If we start to describe, only this anime can give you million of haircuts. But we have selected the best ones for you. Just like here, Captain Smoker. Our Captain Smoker has improved his style in the Punk Hazard arc. He also has green hair. But he combed over it excellently. The sides are trimmed well. The top hair is back brushed and sometimes side brushed. With their square face shape of his, it looks so good. As the matter of fact is, human beings of any face shape, can try it too.

Goku aka Kakarot is the overpowered character of our favorite Dragon Ball Z. From his very childhood, he has had a stunning haircut. That haircut is impossible for anyone to copy. But we can get near to it. It has two parts. One is getting the spikes and the second is the comb over. For getting the spikes, you have to increase your hair up to 6 inches long. Your hair should be very thick.

Now, take a picture of Goku and start applying the gels on the spikes. Give it time to get dried up. Now the rest of the top head will have the comb over the haircut. So, apply the comb where the spikes are absent. And give a unidirectional move. Otherwise, it won’t get set. Among all Anime haircuts, Goku and Madara Uchiha are the most complicated.

When we are talking about haircuts then we should not forget about the Prince Vegeta. Our prince has the as same badass hairstyle as Goku. But his Hairstyle is a lot easy to copy. For Vegeta comb over haircut, you have to move your hair in the upward direction.

Use gels and wax to do it. But the exceptional move is the forehead. You should give a round cut at the forehead to get the exact haircut like Vegeta. You need to have the consistency to carry the haircut otherwise the hair roots won’t get stronger. After doing the spikes like Goku haircut, do the comb over in the backward direction.

Being a weeb, I know how it feels to have a haircut like an anime character. When the topic is anime, we all know whether it is fighting or style, no one can beat them. That’s why we all fall for them. But it’s time for us to give a little push to ourselves. A lot of cosplayers are trying to get the same haircuts. Why not we are trying the same to live the life of our favorite anime character? That’s why I brought this anime comb over the hairstyles list to you. We hope, you have enjoyed reading it.