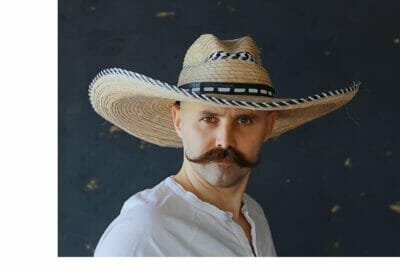 Ever since the attention of Hollywood shifted towards the lands of enchantments (Mexico), several gripping and compelling styles emerged.

In this article, we are going to take a look at all those golden styles from the past, evaluate what is in the trend today, and most importantly, what style suits you the best.

Why are Mexican Mustache and Beard Styles popular?

Hollywood has the ability to take something from years ago and make it the trend of the present.It can make you do the same. Mexican beard and especially mustache are popular because of their exaggerated nature.

Since 1970 people were looking for ways to distinguish themselves from the clown look that was set due to the era of clean shave. A standard set by their parents.

Mexican mustache provides them with what they were looking for as it was different, unique and said that the person wearing it was confident enough.

Different variations of these beard and mustache styles came along as a result. Thick beards and pointy mustache is now the identity of Mexicans.

This history is cool but what mustache should I grow? What are my options?

Good question. The answer is simple and that is: Choose what suits.

It is literall that simple.

But don’t worry. To make your decision easy, we have gathered a bunch of the most popular mustache and beard styles that Mexicans tend to wear.

To keep things simple, we start only with a mustache. You can wear almost any beard with these mustache styles. Some of these looks act as the cherry on the top if you grow them with specific beard styles. (Read till the end)

‘Old is Gold’ and classic seems to be the tend of the present. Kind of odd but hey, I won’t complain as the classic Mexican mustache has aged like wine.

Most of the Mexicans you’ll encounter will be wearing at least a beard or a mustache but occasionally, you can spot some who are wearing a thin mustache that looks like someone has drawn it with a pencil.

Most of us instantly think of thick and heavy when we hear the word mustache but here’s a thing: not everyone can grow that.

Luckily you can show the world that you are macho with just a thin and sleek line between your upper lips and nose.

Growing a pencil beard is easy here’s how;

Horseshoe mustache, the symbol of the bold and the brave, can suit you. You might remember it from the famous superstar, Hulk Hogan.

Thick lines of hair flowing from either side of the lips can make you look biker boy in no time.

Horseshoes are considered to be good luck and if you believe that your luck is going to bump out the roofs by:

Also known as spaghetti and often referred towards biker because of its striking resemblance with handles, handlebar mustache is a large group of family.

You need time though. 90 to 120 days to be exact. But don’t be discouraged as your mustache will go through many phases until it reaches its final form. And each phase will have its own look and won’t look bad.

These Mustache go well with these Beard Styles:

Some of these mustache styles are going to look good on their own while others tend to mix super well with a light or in some cases, very long and heavy beard.

The general rule of thumb is that if you are looking towards a handlebar and other thick styles, like a horseshoe, both a smaller and a denser beard will look good. But with other styles, like pencil – shaped mustache, you are going to be better off with a less bulky beard style.

Classic Mexican mustache tends to become thicker as it grows. So, you can choose different variations of beard to compliment it in different phases.

Opt for a smaller goatee in the center when the mustache is in its growing phase. As it becomes thicker and murkier, you can opt for a longer goatee.

Your options are countless in terms of mustache variations with pencil mustache but beard styles, not so much.

READ NOW  Follow Only 5 Steps to Get Drake Beard Style

A pencil mustache can look good with an attached French. Both the mustache and the beard must be thin for this to work.

Another look can be using temples and lower jawline hair to create a nice crescent shape.

Handlebar goes with pretty much anything from clean shave to bulky and massive beard. Handlebar in early phases tends to have lower flips and a clean shave can do the trick.

The good thing about Mexican mustache and beard styles is the options. Take handlebar, for instance, a fully grown handlebar can’t be any classier with an overgrown beard. Styling and optimizing with a mustache wax can take you from zero to hero.

When looking at horseshoe mustache, it doesn’t take a genius to figure out that it naturally resembles French. So, why not give it what it deserves, right?

The plus point is that it only requires a little effort. You don’t need to do a whole lot in this case as the mustache will do 90 percent of the work itself.

All you have to do is to make the sides neat and clean and you are done.

The next step is shaving off the jazz dot and the rest of the beard (Considering that you let it grow for a while).

Mexicans have somewhat Spanish ties and Spaniard blood. So, in turn, the Mexican mustache and beard styles represent their bloodline of thick beards and murky mustache.

The bottom line is that these styles aren’t going to suit everyone so you can choose any one of the above styles that works for you.

Moreover, what you can do is change the length and thickness and rock hundreds of different variations of each one. 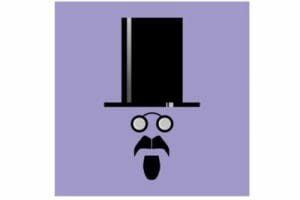 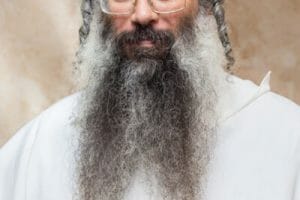 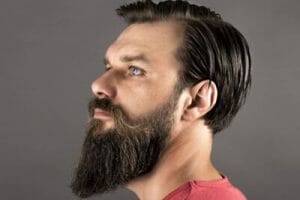 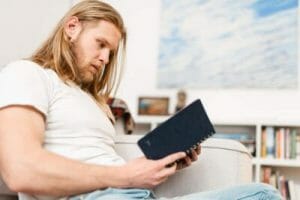